Were You Aware of These? - NullClass

Were You Aware of These?

Advancements in technology take place every decade. New technologies are introduced and old ones become extinct, and the cycle continues. Every technology introduced has its pros and cons list, some to help mankind while some to bring destruction. Keeping the pros and cons aside, there’s something more interesting that catches everyone’s attention. And those are the unbelievable facts behind them. In today’s blog, we shall discuss a few old technologies and mind-blowing facts about the technology.

Old technology that still baffles the new one

There was a time when phone booths actually existed in real life and not just on TV shows. The public phone booth is rendered obsolete by the rise of the mobile phone. There’s rarely going to be any need for a phone booth telephone when you have one smartphone. It had its advantage as the one used to get privacy while talking inside that booth. As they were placed everywhere any person could talk freely anytime anywhere.

Wired telephones mainly operated by MTNL company were a boon when smartphones did not exist. It bought the roadside telephone directly into our homes. Wired landlines are now closed as modern smartphones are easily acquirable and affordable.

Whenever the word typewriter shows up I am taken back to the goosebumps series. Now of course it is overtaken by computers. The typewriter is an iconic invention of technology. Sadly now we can see typewriters outside courts used by a few drafters. It won’t take too long for typewriters to vanish.

The QWERTY keyboard was the first keyboard invented by Christopher Latham in 1873. The keys were similar to the typewriter. It separated the letters from one another avoiding the jamming of letters. It was highly effective and increased the speed of typing.

This is similar to Google assistant… PDA was introduced in the 1990s and it was popular too. PDA helped store contacts, played games, and even ran a few apps. It later was not in use because of the new advancement in making phone calls. After the introduction of smartphones, people stopped using PDA.

We’ve heard of a car that ran on water, but what about a computer? Vladimir Sergeevich invented the computer in 1936 that ran on water. Vladimir built a water integrator machine that could plot graphs and visualize the thermal process. The use of new hydraulic integrators diminished the digital computers and became more powerful and convenient to use.

There are a thousand sites available on the internet. Surprise! We can still access the first site. Tim Berners-Lee was the first person to create a site. This site is still in use as a historical archive for anything available online. 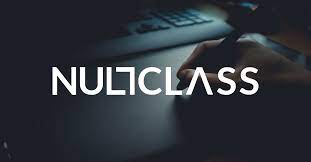 Apple mobiles were not actually what it looks like right now. It was designed as an apple-shaped flipped phone. It did contain all the features like a normal phone but its design stood out. The iPhone was designed in the late 80s with a push keypad.

4. Smoking is injurious to apple products We often see banners saying smoking is injurious to health. But it is also dangerous to apple products. Smoking near Apple products can lower the warranty of Apple products. Tobacco tars if settled on the parts can damage the system inside. It’s better to watch out if you are an apple user.

Technology is continuously developing. At NullClass we leverage the technology to bring a change in the world through students. We have to make use of technology to its fullest for the betterment of everyone. Our projects start from Android app development, web development, and many more. If you have the same vision do enroll yourself with us.

0 responses on "Were You Aware of These?"