Metaverse and its Future - NullClass

Metaverse and its Future

The internet has evolved over the years, and the outcome of this evolution is metaverse. We exist in a time where a significant change in the history of humanity is going on, and our real lives are bound to spill over to the metaverse. The term metaverse does not denote or refer to any specific type of technology, but rather a broad shift in how we interact and communicate using technology in this fast-growing world. And it’s entirely possible that metaverse itself will eventually become just as antiquated, even as the specific technology it once described becomes commonplace.

Broadly speaking, the technologies that comprise the metaverse can include virtual reality (VR) – characterized by persistent virtual worlds that continue to exist even when you’re not playing – as well as augmented reality (AR) which combines features of the digital and physical worlds. However, it doesn’t require that those spaces be exclusively accessed via VR or AR.

But a fully developed metaverse is more than merely a virtual space. It also has at least two other important characteristics that enhance its potential as a new platform with a wide variety of uses. First, it is likely to include both the physical and digital/virtual worlds in the user’s experience. Second, the metaverse is expected to have a native economy, including digitally native assets and trade. While the Internet today has an important relationship to the economy, the metaverse could have its own economy.

Metaverse and the future 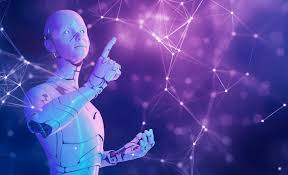 As the metaverse concept is starting to incorporate Web3 technology enabled through blockchain technology, the future metaverse would be something very similar to our real world in many aspects and even replace some real-world activities.Already some metaverse non-fungible token (NFT) vendors have enabled their NFTs to be usable in some metaverse games such as clothing and footwear and more are planning to venture into the domain.

As such, both users and creators gain a lot and this can even increase if non-fungible tokens (NFTs) are incorporated into in-game assets so that decentralization of the virtual economy becomes a reality. Today, we have already a nascent version of the metaverse existing with digital goods like NFTs representing popular art and digital memorabilia already being lapped up by investors and crypto fans alike.

In the coming decade, higher education and job training may increasingly be provided in virtual 3D settings, along with boardroom and workplace meetings. Businesses and governments will rely on the power and reach of the metaverse to share information, provide services and collaborate as never before. You will likely be surrounded by surfaces that provide new interfaces and a new realm of instantaneous virtual connections to people, places and work settings. Modern tools will let you forge connections and manipulate 3D objects intuitively within the lifelike virtual space you are occupying.

The future of metaverse also spans on an idea of running openly, almost without any interruption from a single community or company, as the participation of creators will be from across the world as more brands are looking to open their outlets on the broader metaverse just like on the internet of the current times.

0 responses on "Metaverse and its Future"