How Facebook’s Metaverse Could Change Your Life

How Facebook’s Metaverse Could Change Your Life 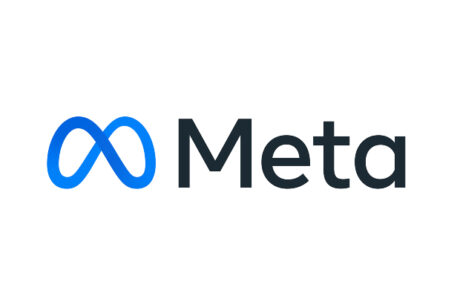 Facebook now has a new name, Meta, with a new focus called Metaverse. This article talks about what is metaverse, what will do with it and if it is good or bad etc. It is an enveloping Internet experience that allows you to replace or enlarge reality with computer simulations striving to be as realistic as possible. “Essentially it is a world of infinite, interconnected virtual communities where people can meet, work and play, using virtual reality headsets, augmented reality glasses, smartphone apps or other devices,” The Associated Press.

Metaverse is described as ‘the next evolution of social connection.’ 3D spaces where people can socialize, learn, collaborate, and play in ways that are beyond imagination. Mark Zuckerberg, the CEO of Facebook showed a few examples in his two hours long presentation to uncover the Meta rebrand and Facebook’s new focus.

Facebook did not invent the metaverse. The name is attributed to the 1992 science fiction classic snow accident, by Neal Stephenson, but the idea is even older. Stephenson’s ‘vision of the metaverse’ is indebted to Real Names (1981) by Vernor Vinge, also a series of novels from the 1980s by William Gibson.

In 1968, the first virtual reality (VR) headset was created at MIT and the technology progressed fitfully until a company called Oculus took a big step forward in 2011. Google, Microsoft, Apple, and other gaming platforms, all these big companies are now involved. Wall Street sees metaverse as a $1 trillion market.

Oculus was bought by Facebook for $2 billion in 2014. As per Zukerberg’s prediction at the time, Facebook would become a metaverse society where people could share not just moments with their friends online, but entire experiences and adventures.

This wasn’t an attempt to distract everyone from Facebook’s list of scandals, not entirely. But the critics say the timing isn’t accidental. Frances Haugen, Facebook product manager says, “If you don’t like the conversation, try changing the conversation.”

What to do in Metaverse?

Zuckerberg said, currently meta is focusing on creating virtual office spaces where people who work home can come together as if they were in person, as well as virtual homes that people can design and host true friends for metaverse games. You will also be able to attend concerts, travel to distant cities, natural wonders and  purchase virtual clothes and goods that will exist in virtual worlds. Once the technology is good enough, the possibilities can be as wide as our imagination.

Louis Rosenberg, CEO of unanimous AI and a veteran augmented reality (AR) developer said, “it will make our world look like Harry Potter. Instead of just being in our information bubbles, we will be segmented into our personalised realities.”

“Zuckerberg isn’t building the metaverse because he has an amazing new vision of how things could be,” writes Zuckerman on The Atlantic.“He is not humbled by the problem of Russian disinformation, or by the challenge of how Instagram affects about teen body image. No, he is humbled by how hard it is to fight Apple and Google. Faced with the question of whether Facebook’s core products are eroding the foundation of a democratic society, Zuckerberg tackles a more pressing problem: the 30% Apple cut percentage on digital goods sold in its App Store.”

Due to enormous resources and Oculus ownership, Meta will likely be one of the winners, just not the only one. Creating an infrastructure, like the internet, where people can continuously transition from one virtual reality to another, is the goal of metaverse developers.

With a promise of virtually fulfilling people’s fantasies, meta is trying to lure customers into the metaverse, at the same time, companies like Microsoft are focusing on AR efforts on industrial applications like design, manufacturing and advertising. We are much closer to the vast universe of virtual reality than we were in the early 1990s. “Let’s be honest about this: Facebook’s metaverse sucks,” says Zuckerman. “The metaverse that Zuckerberg shows in his videos doesn’t have to solve these problems. It promises future technologies that are between five and ten year old.” greatest challenge for Zuckerberg and the team of creators of metaverse is that “the metaverse is not about building perfect virtual escape hatches, but it’s about holding a mirror for our broken, shared world” he argues. “Facebook’s promised metaverse is about distracting us from the world it helped destroy”

0 responses on "How Facebook's Metaverse Could Change Your Life"