How Did Apple Get Famous - NullClass

How Did Apple Get Famous

Most people have a working understanding of the fact that Apple lost the PC wars to Microsoft, and only nominally understand that when Apple created the iPod and then the iPhone, the company started to go in a new direction. And anyone who’s gone into an Apple store knows full well that Apple’s customer service and stores represent the gold standard for selling and supporting tech gadgets. But beyond that, the reasons why Apple is really successful are still a mystery to many.

Apple, founded by Steve Jobs and Steve Wozniak, started out in the business of kit computers with the Apple I.5 This initial production run is popular as a collectible now. However, it will mainly be remembered for helping the company get enough capital to build the Apple II in 1997,the same year Apple officially incorporated.

The 1984 release of the Macintosh was a leap forward for Apple. However, in the intervening years between the Apple II and the Macintosh, IBM had caught up. Disappointing revenues from the Macintosh and internal struggles for control led to Apple’s board dismissing Jobs in favor of John Sculley 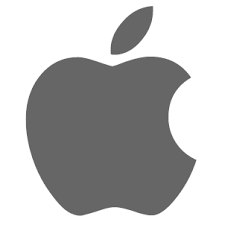 Reasons why apple got famous:

Apple’s approach is quite different. The engineers who are creating Apple products actually make them for themselves. And Jobs was the chief “user” of Apple products when he was alive. All of Apple’s products are based on the fact that Jobs represented the real customer. And his engineers had to come to grips with that when designing a product. It has to be something that

they personally couldn’t live without.

2.Easy to use products

Jobs was a stickler on this point. While industrial design is a critical component of any product Apple makes, if it is not easy to use, it is considered worthless to the consumer. All of the products they create have to be intuitive and easy to understand and learn. As technology has become more intricate and users want more features, the task of keeping things simple is sometimes difficult. And Apple creates tools for power users and rookies, which can mean a broad range of ease-of-use issues.

Apple is successful because it has one product; in this case the iPhone. It minimizes the decision making process for the consumer by making things simple. Apple only has one iPhone model, and anyone who has gone into an Apple store understands that every staff member there knows a great deal about each of the four major products carried in its stores. Apple doesn’t have five iPhone models to choose from; it has only one. Apple understands this in spades and is never tempted to add multiple versions of an iPhone, iPad or even more than one or two types of iPods. This makes buying an Apple product simple.

Apple uses this conundrum to its advantage. Because it keeps product SKUs simple, the salespeople inside the stores know the products really well. They take care of it on the spot in most cases. Or if you need more hand holding, they turn you over to the Apple Geniuses. No wonder 50% of people buying Apple products are new to Apple. Apple’s products are simple to understand and use, but if you do have a problem, Apple can take care of it at their stores or over the phone quickly.

Apple is all about creativity:

Apple was built for the ones who yearned to be different. Steve Jobs dared to be different, he catered to creators and dreamers. Apple was created to cater to people, not consumers. Unlike most corporations, Apple makes product decisions driven by design rather than finance and marketing. He sold dreams, not products. Apple is built on a culture of innovation, whether that’s creating something new or reinventing the wheel and making it even better.

0 responses on "How Did Apple Get Famous"